Our nation is currently having a love affair with plastics. Not the Hollywood style plastics which pimp up our faces and make us look beautiful; but the kind of plastic that takes money, energy and resources to produce and discard (and actually makes our planet look pretty ugly!)

According to Tapwater.org – a not for profit organisation promoting the drinking of tap water – the UK alone sends a staggering 38 million plastic bottles to the landfill every day! All of which take approximately 450 years to decompose. That’s a lot of bottles left forour future generations to sort out!Interestingly, the market for bottled water in the UK alone has grown to over 2 billion litres a year and is now worth around £1.44 billion; despite the fact that you can get water from a tap for a fraction of the cost.

What’s more, evidence suggests that we can’t even tell the difference anyway! While Tapwater.org argues people can’t tell the difference on a blind test, over the last few years many brands of bottled water have been revealed to be tap water after all! With the UK’s bottled water industry releasing approximately 350,000 tonnes of carbon dioxide each year, it begs the question: why can’t we resist buying water?

I’ll be honest. For me, it’s all about the taste. I’m almost certain it’s mind over matter but I really can’t stand the taste of tap water; whatever tap it comes from. It doesn’t matter how many times I’m assured there’s no difference in the taste, or how it’s just as healthy for me; I just don’t like the stuff! 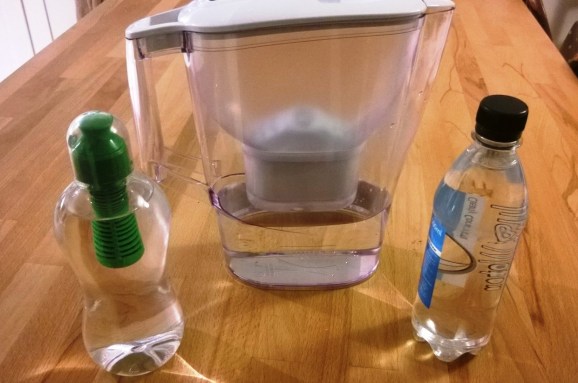 The solution…? Well, for a while I’d been thinking I would need to install a water cooler in my kitchen, or carry a Brita water filter around in my already overcrowded handbag.  But a few weeks ago I came across a reusable bottle in my local health food store called bobble. To be honest I was mainly drawn in by the pretty colours, and a very appealing pyramid stacked display by the sales assistant…until I realised the colourful thing was a built in water filter! What’s more, they turned out to be free from BPA, Phthalates and PVC (AKA naughty chemicals which seep in through plastics and can be rather bad for us!).

For me, the deal clincher was that each replaceable bobble filter lasts for up to 300 (litre) bottles of water. That’s 300 plastic bottles of water bottles not bobbing around in the ocean, or at least £300 that could potentially bob around in our pockets (minus the £8 to buy the bottle in the first place…). And it’s certainly passed the taste test so far; including an impromptu refill in a petrol station toilet sink!

Obviously I get the irony of wanting to save plastic waste by buying another plastic product, but until I can get over my irrational distaste for tap water; me and my colourful, reusable bobble are doing just fine!

Oh, and just to present a slightly less bias report, my friends Caroline and Kate happen to love their Bobbles too… 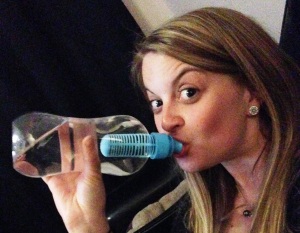 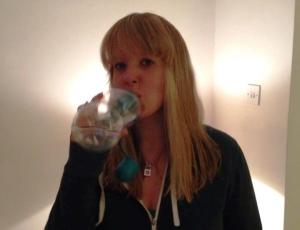 8 thoughts on “My irrational distaste for tap water”