I still remember the day I took my very first smart phone home. Excited about the convenience of carrying around what was essentially a mini computer; I loaded up my new best friend with gazillions of useful – and not so useful – apps.  In one small device I could manage my whole life on the go. Juggling my work emails and social life in one hand; whilst sharing Instagram photos of my ultra-healthy vegetable smoothie sludge, in the other. It felt like the complete epitome of modernity.  Oh the glamour! My phone are I became two peas in a pod; in which one day apart brought about feelings of longing you only see in the cheesiest of chick flicks. I was in love…

But relationships like this rarely last. As newer, sexier models come along, the heart often becomes fickle. It’s made even harder to resist by the people whose jobs are simply to lure you into upgrading to an improved version of your previous love; dazzling you with temptations of cheaper deals and a better camera…

But when you choose to move on – which the majority of us do every 12-18 months – does your old mobile phone move on to find love again too? In a world where technology moves faster than a cheetah on Berocca, the answer is sadly no. In fact, 15 million mobile phones are upgraded each year in the UK alone. And though more than 70% of mobile devices can be reused, it’s estimated that only 14-17% actually are! Generally, our once loved phone join the rest of the 48.9 million tonnes of electrical waste that are thrown away every year!

But I’m a sentimental soul, and I just haven’t been able to part with my very first iPhone, which has stayed loyally by my side for 4 years now. She’s not perfect, she’s not got the latest moves; but she does the job of being a phone very well!

So before you get lured into upgrading to a new phone, let me share with you the secrets of my eternal love affair; 5 very simple rules to keeping the phone love spark alive! 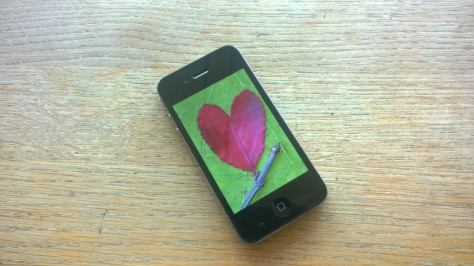